It’s an exciting time to be a developer. The tools available to us are getting better and more platform-agnostic and Microsoft is embracing the Open Source community. In this post, I am going to explore getting started with a ASP.NET Core app on Mac OS. I’m using Visual Studio Code as my editor but you can use whatever editor you prefer. Let’s get started!

So, what just happened? Let’s take a look at project.json:

As you can see, by default it imports dnxcore50. Why? This allows us to reference pre-RC1 .NET Core Preview libraries. There is a lot of great info on Target Framework Monikers in this blog post. If you are unfamiliar with how .NET Core naming has changed, Hanselman does a really good job of explaining it here: ASP.NET 5 is dead - Introducing ASP.NET Core 1.0 and .NET Core 1.0 <- With a title like that, you basically don’t even need to READ the post.

In addition to project.json, we also have an entry point in to our application in Program.cs:

It’s nice that our app runs but it doesn’t actually do anything. Let’s add the following dependencies to our project.json file’s root-level dependencies property which was previously blank:

Our app isn’t using this startup file yet or doing anything really. So, let’s change that by modifying our Program.cs file to configure and run our ASP.NET app:

Note that this file references /Scripts/App.js which doesn’t exist yet. Before we create our script, let’s create a route that it can call to get some contact data. Create a Controllers folder under /Api/ and add ContactsController.cs with the following self-deprecating code:

Now that we have a api/contacts route, we can add App.js to /Client/Scripts/ (create the Scripts folder):

Now, if we do a dotnet run and navigate to http://localhost:5000/, we should be able to press our button and get data back from our API: 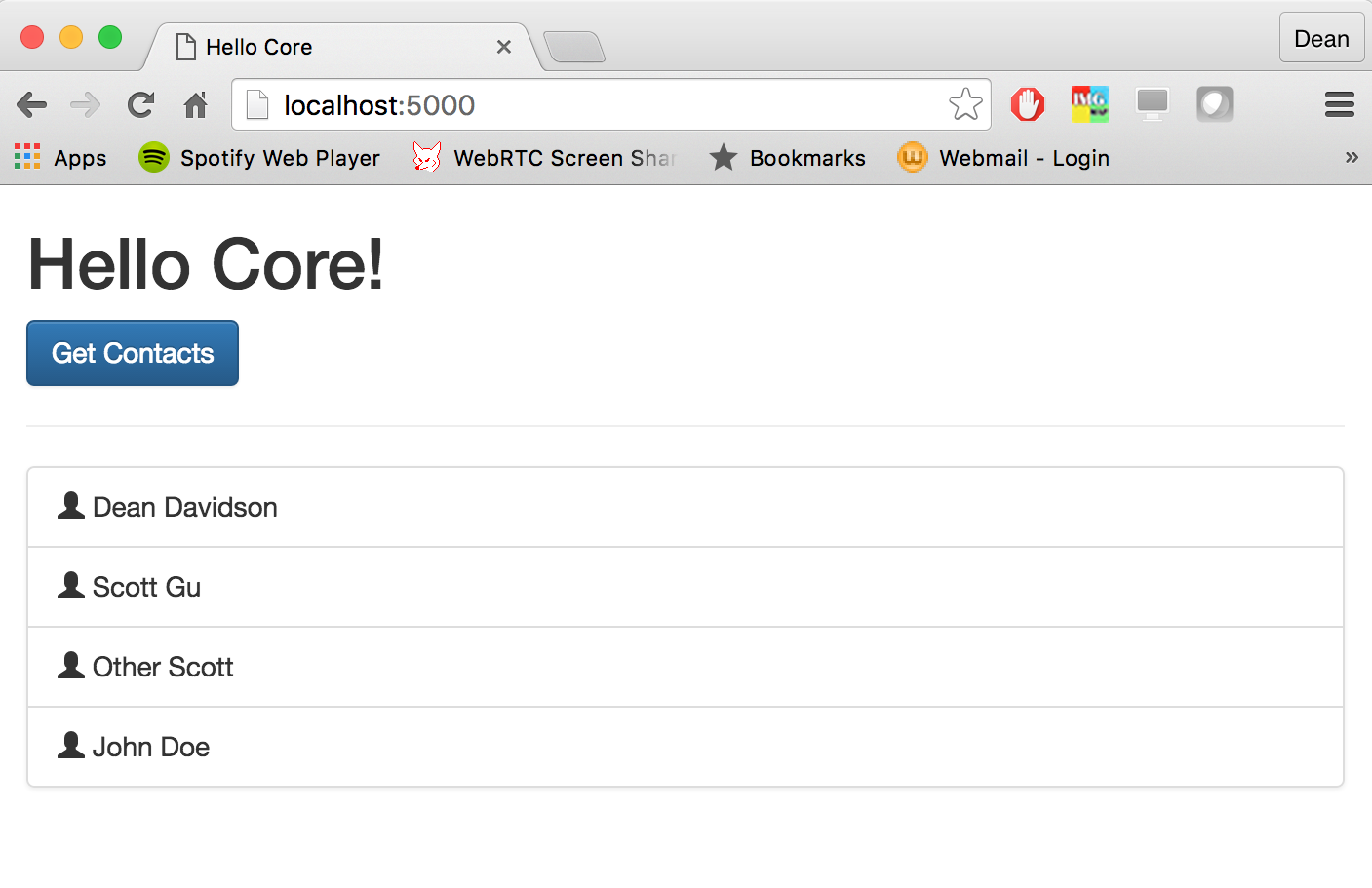 This is a very basic example but it will familiarize you with the building blocks of an ASP.NET Core web app. You can download/fork the source for this post here. As usual, let me know if you have any questions and I will be happy to help.